Pull Factors are Positives :)
(Jobs, Climate, Peaceful, Free education, Free healthcare, Vote, etc.)
​UPPER CANADA IMMIGRANTS
Aboriginal/First Nations: Originally came They hunted all of their food in the southern part of North America and followed their food source that was running away up north into Canada! ​
European Settlers: Irish people came over to practice their religion and to escape a potato famine. They were promised 100 acres of land and a barrel of pork. German people came over to practice their religion freely. They also came over because they heard romantic stories of what life was like across the ocean! There were some British and French people who came to make money by getting animal fur! They came over for adventure!

United Empire Loyalists (U.E.L.): These people were loyal to the United Kingdom/Britain. They were not happy that citizens of America wanted to cut ties with Britain! They went north to Upper Canada.

Chinese and Japanese People: They were coaxed over to Canada in later years to build a railway.

Download File
OVERVIEW OF PIONEER/ESTABLISHED LIFE
Though the video below is from Paris and falls slightly after the time period we are covering, it can certainly offer a sense of a simpler time...
TRAVEL (Emily's Journey)
Emily traveled by:
-dug out canoe
-horse
-wagons/stagecoach (on corduroy roads)
-caleche
-sailboats
-log rafts (down chutes)
-steam engine train media.giphy.com/media/HmZYIpgVzMLC/giphy.gif
-steam boats (through locks)
28oa9i1t08037ue3m1l0i861-wpengine.netdna-ssl.com/wp-content/uploads/2014/09/Panama-Canal-Locks-Animation.gif First, cut buffalo meat into thin strips.
Then dry the thin strips of meat over a fire.
Next, squeeze some berries over the meat.
Lastly, pour some buffalo fat over the meat and berries and use a rawhide sack to carry your food!
SCHOOLING NOW VS. THEN

SIMILARITIES
*Both have male and female teachers
*Both have washrooms
*Some source of heat
*Both genders are taught
*Both have light sources
*Reading, Writing, Figuring (Arithmetic/Math) are core subjects
​
DIFFERENCES
*Teacher makes writing utensils,
*Students have to supply paper and sew them into booklets
*Central stove filled with wood and coal vs. electricity
*Brick schools vs. wooden framed schools
*Discipline: Rod/Dunce Cap/Weights vs. Detentions, Restorative Practice
*Outhouse vs In house bathroom
*Technology in modern schools
*All grades in one room!
*Salary, hours, housing differences
*Differences in recess lengths
HOW TO MAKE WOOL CLOTHING
1) Shear a sheep using scissors
2) Boil the wool
3) Dry the wool
4) Clean the wool of debris
5) Card the wool
6) Spin the wool into yarn
7) Measure and dye it
8) Use a loom to make fabric
9) Sew the fabric pieces together
Lesson takeaway: There was a tremendous amount of time, energy, materials, patience, etc. required to produce things from scratch! The following youtube channel shows how one can make various things from scratch (Viewer discretion as per usual is advised): www.youtube.com/channel/UCfIqCzQJXvYj9ssCoHq327g
PROFESSIONS
Log Drivers: www.popularmechanics.com/adventure/outdoors/a26016359/rough-riders-river/
Barrel Making: i.imgur.com/ekNZa2f.gifv
There were many different types of professions that early settlers became involved in. Choppers cleared the land by chopping wood. Loggers or lumberjacks would take the logs down the river to the sawmill. Blacksmiths would work with molten metal and shape it into a variety of tools and items. Wainwrights built carriages, sleighs, wagons, and coaches. Wheelwrights steamed wood and curved it to design wheels. Coopers also curved wood to make buckets and barrels. Shoemakers used "lasts" (small, medium, large) and sewed leather around the lasts to make shoes. Peddlers would often buy a variety of items and carry them around door to door and sell them. Furniture makers not only made cabinets, bed frames, etc., they also made wooden toys!  Other professions included wig makers, hat makers, shingle makers, teachers, lawyers, etc. Children would apprentice and be paid in "experience". Now you know all about early settler occupations. ​
TYPES OF HOUSES
(1)
​SOD HOUSE/SODDY
​Made up of layers of "carpeted" grass and dirt. 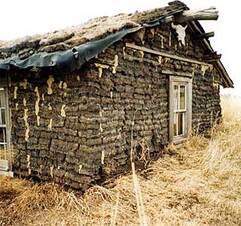 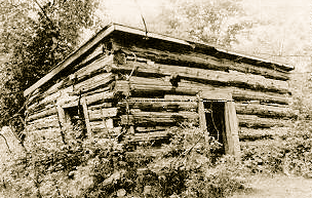 (3)
​LOG HOUSES
Typically 2 rooms and an upstairs loft/attic where the kids typically lived. 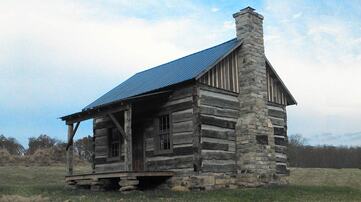 (4)
​FRAME HOUSE
Logs cut from the land were taken to the sawmill. They used the logs in order to build planks and boards. These planks were placed together to create sturdy frames that were moved into place during "bees".  Bees were held to assist with home building. Neighbors and community members came over to lend their strength in lifting frames of wood, etc. and would be rewarded with food and music!
(5)
BIG HOUSES
Were typically created with expansions and extensions to the frame house. Extra rooms and parlors were added  as the family and future generations anchored themselves to the developing piece of land.

​
TOOLS
Mattocks (large ax like tools) were used to dredge up the soil.

Oxen would drag large wooden rakes to till the soil.

Yokes were used to assist in carrying water a long distance. ​
www.stowesmith.com/​
SNAKE OIL AND OTHER REMEDIES
Often times, by the age of 35, early settlers would lose all of their teeth. Tooth issues would often be solved by blacksmiths who would yank rotten teeth and repair teeth with metal fillings and/or dentures.

Doctors would have to amputate limbs because there were no antibiotics. Barbers would try to cure illnesses with leeches or bloodletting.

Plasters were pioneer cloth "bandaids". Oatmeal, onions, herbs, and bread was placed underneath this "sandwich" of cloths. A smaller version was known as a poultice.

Doctors would open apothecaries (drugstores) and would sell various herbal remedies that they promised would cure illnesses such as rheumatism. Quacks though would come around door by door and offer special tonics or snake oils that promised to cure diseases too! They would run off with people's money!
SETTLER CHILDREN
intranet.csf.bc.ca/wp-content/uploads/sites/2/2019/12/ressources/EA_indigenous-games-for-children-en.pdf​
The GENERAL STORE was a fantastic place to buy or barter for goods that an early settler might not have! There was a hitching post outside to which settlers could tie up their horses. Jars of candy were always appealing to young children. The storekeeper would often post news on the wall for people to read. If a settler did not have any money or items to barter with, the storekeeper would give away items on  credit! They would record things in a ledger. ​
ABORIGINAL, FIRST NATIONS, METIS, INUIT
The Tannery: https://vimeo.com/81324132

Do you want to hear our thoughts on what the message was in  the animated short film called “The Tannery”? Read on! The short film could represent First Nations beliefs. First Nations peoples really respected the way that nature could fully provide the necessities of life.  First Nations peoples made a point to thank the animal before, during, and after hunting. They really made sure that no part of the animal was left to waste. For example, even bones were turned into tools rather than thrown away. In the film when an animal is eaten whole and in a natural/purposeful/respectful way, the animator showed what appears to be a soul or ghost that lingers and then float up peacefully. Conversely, there is a hunter who simply kills a fox for its fur and does not appear to eat the meat or do anything else productive with the body.  The soul or ghost of the fox seems to be in a state of unease and doesn't float up peacefully. Fur traders sent many of the fur/leather products overseas. Our research has shown that First Nations Peoples really value animals and nature and how we give to one another. Please watch the “Sky Woman and the Birth of Turtle Island” video below as evidence. They truly want balance and respect show to living things. After all, the Fish, Hawk, Turtle, and Muskrat all helped to create Turtle Island (North America).   Now you know our interpretation of “The Tannery”. 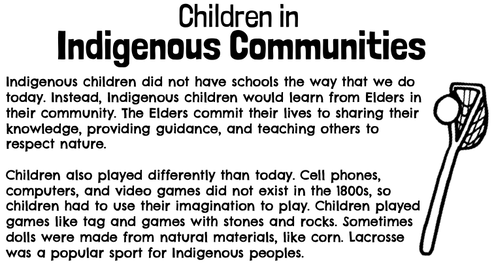