https://www.splashmath.com/teacher/roster
http://toytheater.com/category/math-games/
https://www.mathplayground.com
http://www.mathgametime.com
https://ca.ixl.com
DATA MANAGEMENT
Data is number information. Data can be expressed with numbers and/or words!
Data is collected in order to determine trends (patterns over time) which can help in planning. 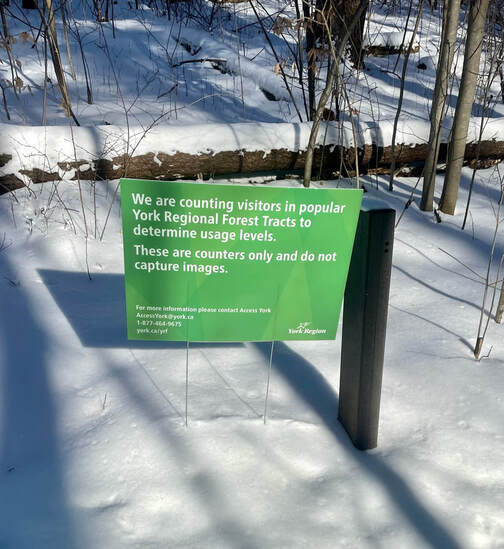 When I worked at Wendy's as a teenager, they would have data posted around every food prep station. That data would tell us how many hamburgers, etc. were sold within an hour over previous years so that we would be prepared with enough food for customers. 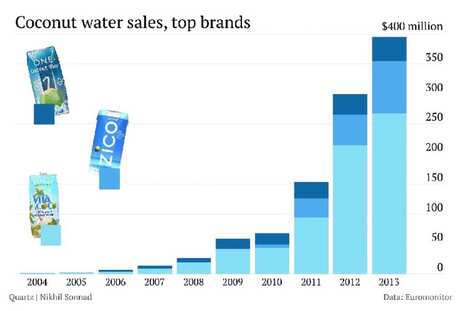 www.reddit.com/r/dataisbeautiful/
​(Data is Beautiful)
Tally Marks (Bundles of five) help us collect data using a friendly skip counting number
www.bbc.co.uk/bitesize/guides/zvybkqt/revision/1
Why do I have tally marks tattooed on me? 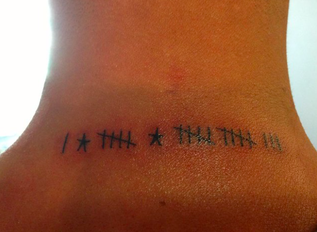 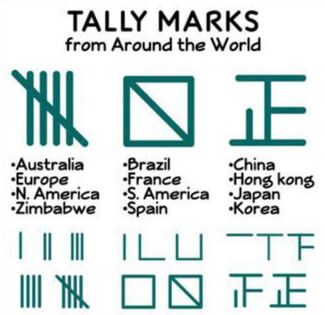 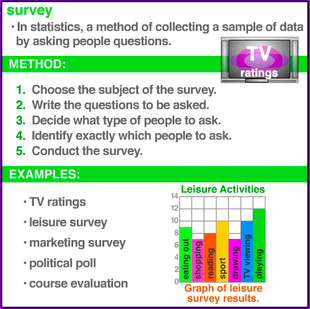 LEVEL 4 GRAPHS HAVE...
*Strong presentation: Be neat! Use a ruler and colours
*Specific titles with capitals that answer the questions who, what, where, and when!
Try using the following graph title starter: "This Graph Shows..."
For example: This Graph Shows What Class Pet 2D Wants in SJAM PS (Surveyed by Jonny on September 13th, 2019 in Markham, Ontario.)
*Subtitles:
Y Axis:
Number of ______ Surveyed
X Axis:
Types of ______
______ Options/Choices
​Favourite _________
*A Scale starting at 0 which covers the range (lowest to highest number). Your scale must go up by even increments. Use a notch to make your scale's increments easier to read.
Data Reflection Sentence Starters

The most/least popular option surveyed was ______ with ___ votes.
I expected/did not expect these results because…
I speculate people said X because...
This data can be used to/for X
The mean/average of this data set was...
The median number of this data set was...
The mode of this number set was...
​ONLINE GRAPH MAKER
nces.ed.gov/nceskids/createagraph/
Real Life Example #1: Ms. Lau has been "tasked" to determine a score for every Blue Spruce Reading Competition book. She could take the time to average (find the mean) everyone's rating of the book out of 5 in class. That would give her a single precise rating averaged across the class. However that might take a long time. An alternative might be to look around the class at the raised hands to determine the mode (the number that appears the most) to give her a snapshot of what everyone thinks and she can then report a general rating back to the competition committee.
Real Life Example #2: Data can bring about change. Every year, we observe cars outside of our school. Most cars disobey the stop sign by rolling through stops. We've come up with the following strategies to combat poor school zone driving:  ​
*Signage
*Print, Radio, Television Advertisements
*Incentives (Rewarding those who obey the law)
*Deterrents  (Increased ticketing, increased fines, demerit points, prison sentences, increased police visibility, speed cameras)
*Speed bumps
*Removing access to the school by car
*Shaming
PROBABILITY 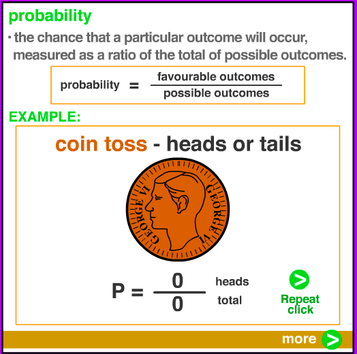 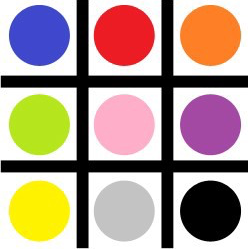 Unfortunately, in real life, lotteries and casino games have considered the probabilities and always gear things in their favour!

It’s very common for people to state that slot machines are “rigged”. If your definition of “rigged” is that the casino is guaranteed to make money off of slot machines over a long period of time then you’re right. However, slot machines from reputable casinos that use random number generators (RNG) are not “rigged” so that you will lose.
Many times when we are losing at a slot we envision someone at the controls making us loose. We get angry and imagine that the casino has flipped a switch that makes it impossible to win. This is where the misconceptions take place. Slot machines are completely random and if you are having a string of bad luck it has nothing to do with anybody “rigging” the machine.

Slot machines are programmed to take in more than they payout over the long term, but that in no way means you are being cheated. You have exactly the same chance of winning as anyone else, and yes there are people that win playing slot machines. Find high payback slots and utilize a strict money management system and you may just walk away a winner.

The slot machine has a computer program that dictates the overall payback percentage of that machine. That means if the machine is set to payback 95% then the casino will receive 5% of every dollar that is played in a particular machine. This is when some people become confused. In no way does that mean you will lose 5% of each dollar you play in a machine. In fact, a slot machine may payback more than it takes in over a day, a week, or even a month. The preset percentages don’t come about until the long term.
What is the long term? There is a bit of ambiguity as to what constitutes the long term, but usually it means there must be thousands if not millions of spins. What does this mean to the average player? Basically, it means that you are not being cheated. Unless you play everyday day, year after year, on one slot machine, you will probably not receive the same rate of payback that the machine is set at. Granted, there will be more losers than winners at slots, but there are winners and you have the same chance to win as anyone else.

Knock them all over and win a prize, promises the barker. The reality: Bottom pins can be filled with lead, making them as heavy as 10 pounds each. The softballs you throw may be filled with cork to make them lighter than regulation balls. And the bottles may be stacked against a backdrop curtain that helps prevent them from falling.

Carnival rims may be smaller than normal and oval-shaped, not round, and may be positioned higher than regulation to prevent a score other than with a difficult high-arching swish. Balls are overinflated to make them super-bouncy.
"And there may be netting or other items behind the rim designed to interfere with your depth perception," notes Glenn Hester, a Georgia police officer and magician who investigates carnival games fraud. He's got a book too, Carnival Cop.

Balloons are under-inflated to deflect even well-thrown carnival darts, which are often lighter than store-bought types. Their tips may be dulled or broken off.

The rings are just a hair wider than the neck of the target bottle or spike, says Hester, and are made of hard plastic to facilitate extra bouncing. If the carny shows it can be done, you should suspect he's using a larger ring than you're given or that he scores by dropping it from directly overhead, a move that, like the Basketball Shoot, is virtually impossible from the player's position.

With an air gun, you try to shoot a pattern around a paper-mounted star so that it falls free, but the real bull's eye is on you. To thwart your marksmanship, the provided ammo is smaller than traditional BBs and in short supply. Plus the rifle's sights may be tampered with and its air pressure reduced so that many shots simply bounce off the target paper, says Howard.

In this favorite among younger children, the goal is to retrieve a plastic duck with a fishing pole from a makeshift pond — and nearly everyone is a winner … sort of. "The ruse is to get you to keep playing for the better prize," says Howard. "But on the bottom of each duck is an indicator of the prize category and 99 percent are marked for a 'slum' prize — carny jargon for junk."

You don't have to built to win a big teddy bear during one of those test your strength games! It's all about accuracy, not strength. Hold the mallet as far down the handle as you ca, judge how far away you can stand, and hit the target dead center.
MONOPOLY
scatter.wordpress.com/2010/05/30/the-shortest-possible-game-of-monopoly-21-seconds/